It was difficult to tell what time of day it was. The light didn’t shine in much from the outside of the club. TABITHA left me in the empty lounge room DENNIS had showed me to before. She told me to help myself to a drink and wait at the bar for her whilst she went about the club business.

I didn’t know what she had in store for me. She explained very little on the car ride there.

I drank and I thought about how much of mess my life had become after setting foot in Knock Knock. I don’t know how long it was – felt like hours, probably only minutes – until there was a playful tap on my shoulder.

I turned and was greeted by the first friendly face I had met in a while. She leaned against the bar casually. Her leather jacket shone under the dim light.

“You have had a bullshit time of it but the looks of things,” she commented. Her accent was strong. She wasn’t a native to Coldford. She came from across the seas in the Misty City known as BOURNTON. She was attractive, strong and athletic.

“I think Tabitha is going to keep me prisoner here,” I said in jest but I have to admit it was a very real concern.

The woman laughed. “I wouldn’t put that past her.” 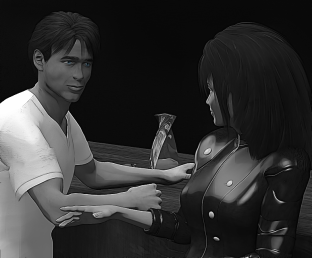 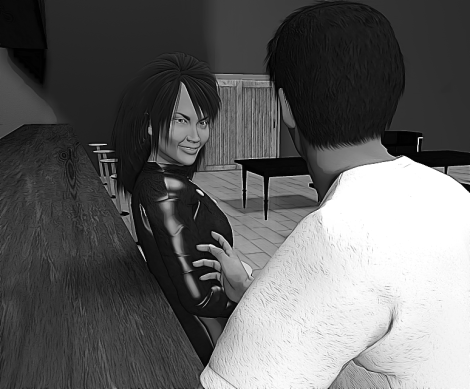 It was then I recognised her. I had seen her before. A couple of times.

“You’re one of the dancers!” I stated. She already knew that of course but I had to have confirmation.

“The name’s Lydia.” She shook my hand warmly.

“Clothes on?” she finished for me. She laughed again and despite everything I laughed too. I wasn’t going to be able to bring Theresa back but at least it gave me time to deal with it all.

She raised her eyebrows. “I heard who you are. You have caused quite a stir around here. You ought to be careful. You might ruin things for us poor girls who are just trying to make our way in the world.” 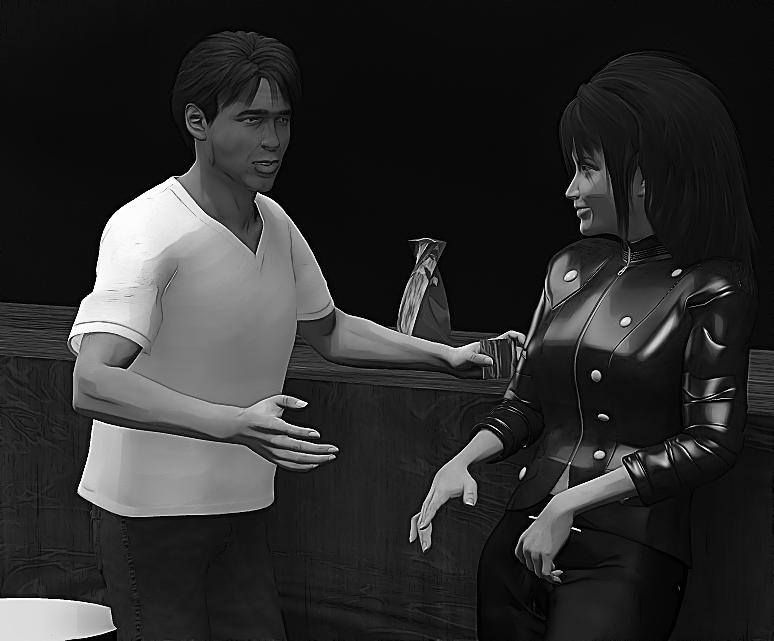 I shrugged off her comment. “I don’t know. I don’t think a girl with your particular talents would be held back much.”

LYDIA laughed. She dabbed my arm with good humour.

I was enjoying the beginnings of what was the closest thing I had had to a normal conversation for some time. It was nice to feel human again. Just when I was about to feel human enough again to carry on Tabitha appeared beside us. It was almost like she had sensed our merriment.

“I hope you’re not feeling neglected,” Tabitha said to me, completely ignoring Lydia.

Tabitha finally did acknowledge her dancer. She was smiling but her grey eyes were as cold as winter.

“Don’t you have a set to prepare for?” she barked.

“We were just talking,” I spoke up.

Lydia sighed calmly. I admired how cool she remained. She leaned off the bar and turned towards me. 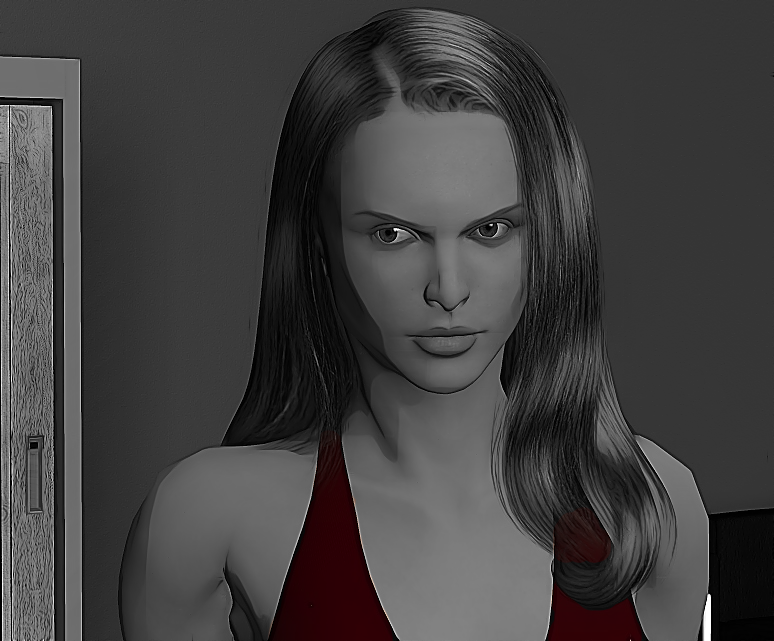 “Don’t worry about her,” Tabitha groaned, becoming impatient. “She isn’t worth shit unless she’s taking her clothes off.” The words were harsh and venomous but she said them like an old friend teasing. She waited, with her hands behind her back like a scolding teacher for Lydia to react.

Lydia smiled and shook it off.

“Oh honey, they may come here to see you but we both know I bring the thunder.”

Before it could escalate any further Lydia stood. She turned back to me.

“Enjoy the show, champ,” she said with a wink. She dabbed my shoulder with her fist playfully. 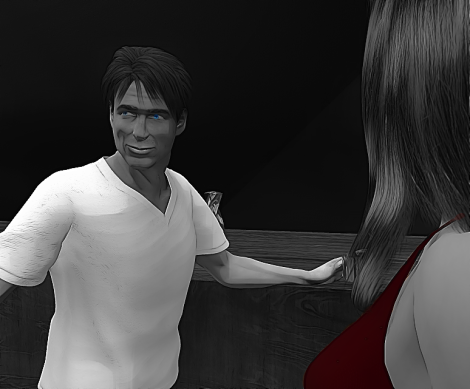 When Lydia was gone Tabitha was shaking her head. She pulled me closer like I was one of her toys she really didn’t want to share.

She shouted across to Lisa, the blonde bar maid, who had just come in.

“Gin and Tonic,” she said. “This time don’t be afraid to splash a little gin in the glass.”

The bar maid nodded in agreement.

“Stay away from her,” Tabitha warned me, referring to Lydia. “That girl is bad news.”

She took a sharp intake of breath and fixed her smile again. In some lights she really could seem quite endearing.

“We can chat about that later. You are under the protection of THE HEADLINERS now, so don’t you worry your handsome face about anything.”

She grabbed my chin and shook my head.

“Come with me. I’ll take you somewhere you can get comfortable.”

The way she said it made it sound almost threatening. I didn’t know who these Headliners were or how much I could really count on their protection or what they were protecting me from.

I wasn’t sure just how comfortable Tabitha wanted me to get. The thought made me shiver.

“I can’t stay,” I protested. “I have to get back to the newspaper.”

“Sure you can,” she said. “The DAILY isn’t going to blow up without you.” She must have imagined the Daily building toppling because she laughed to herself and sighed.

She started leading me up a staircase at the back of the club to where some rooms lay.

“It’s not like you have a home or wife to go to any more is it?”

As strange as it sounds – despite how cruel her words were – I believe she genuinely thought she was being comforting.

Her heels clicked in a rhythm as we climbed to the second floor. When I saw the corridor darken I hesitated. Her lips puckered as she smiled. Her eye brows raised.

I took a step back. Now I was really confused as to what she meant by getting comfortable. She laughed. It was a musical, girlish sound that made her lose her front and seem more genuine.

“Come on. I’m giving you one of the best rooms.”

I continued on down the hall. She opened a door at the end to a large room with simple furnishings. 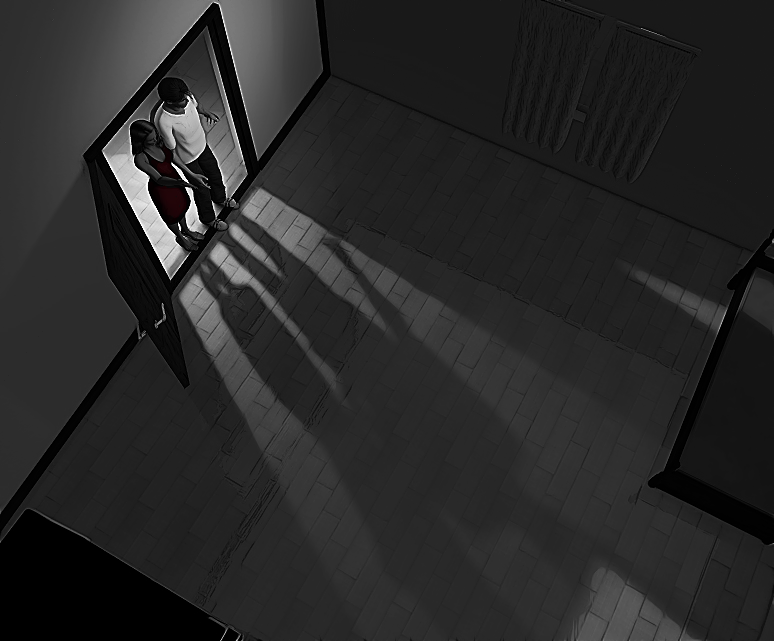 It was eye catching but not because of the aesthetics of the place. It was dark and smelled like the rest of the club.

It was because on the farthest wall hung a full sized picture of the Boss Lady herself looking elegant in one of her signature red dresses. I looked to the real her but she was in a daze. Her head cocked to one side, doe eyed like she was in the presence of some kind of pop idol. I don’t think anyone has ever looked at a loved one the way Tabitha looked at herself.

I frowned. I wouldn’t dare disagree.

She squeezed my shoulder.

“Anyway, you get settled in and if you need anything I’ll send one of my girls up.”

Tabitha closed the door over. I listened as her footsteps disappeared back down the hall. The large poster her stared back down at me knowingly.

A short time later I heard more footsteps. They weren’t the determined and self-assured steps of Tabitha. Nor where they the clumsy, over-eager steps of Dennis. They were quiet, quick. Before I had time to react something was slipped underneath the door. It was a phone.

There was a note attached that read ‘keep records but keep it hidden’.

I opened the door but whoever had brought it was long gone.

I would keep records. My time in the Knock, Knock Club was only just beginning. 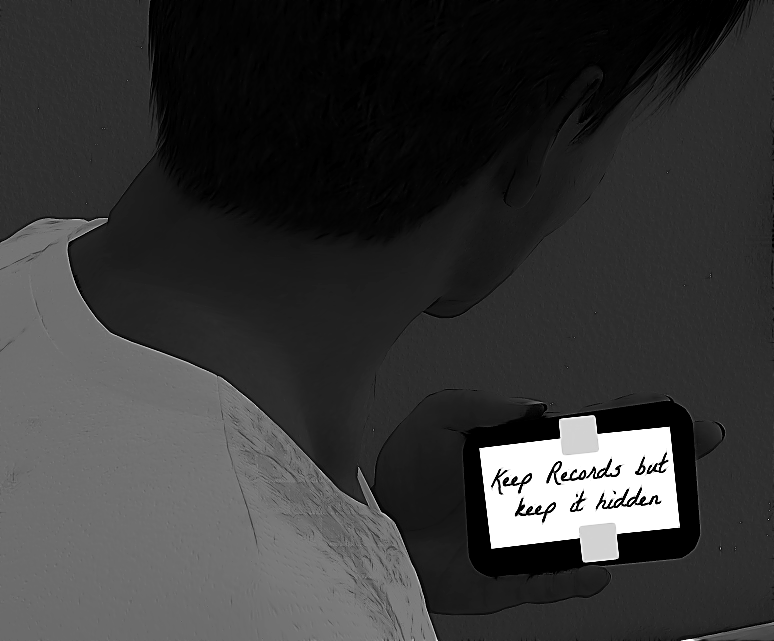 Sam is on a mission to find the missing mayor and you can now have the complete season 1 of the Knock Knock series on the go! Download for kindle at the link below. Free on Kindle Unlimited.