Warning: there are some spoilers here for Volume 1 so if you haven’t read it yet, where ya been? Hit the abandon blog link below!

Volume 1 left some plot threads dangling. Some, if not all of those, will be picked up in Volume 2.

Commonly asked questions by readers are:

What really happened to Theresa?

Reporter, SAM, was told to stay away from the KNOCK KNOCK but he just wouldn’t listen. In EPISODE 3: SLEEP TIGHT SAM he awakes after a visit to the club to find something terrible has happened to his wife.

What happened to Tabitha’s parents?

In EPISODE 7: NO KIDS ALLOWED we meet Ma, Pa and Tabitha’s nanny in a flashback. What happens from there, well we’ll just let you go back and see for yourself. Anyway, after their brief appearance there was no more said of them. Could Volume 2 pick up on this? 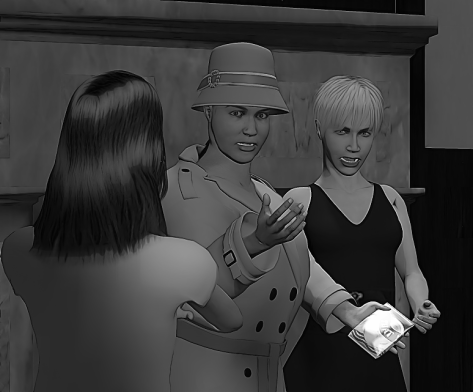 Why was the Knock Knock Club burned down?

In EPISODE 8: KIDS THESE DAYS Tabitha travels to the club in search of her AUNT TAWNY. She finds the Knock Knock Club burned out and no one around. Surely Volume 2 will pick up on what happened? 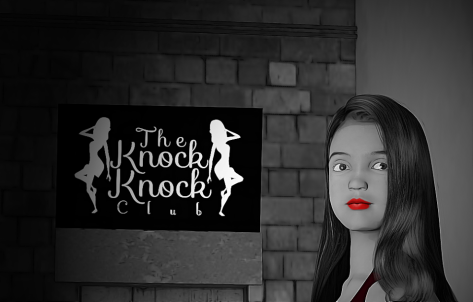 Who was the girl that Dennis tried to get help from?

You mean our cute little Chloe? Well if you haven’t read NO TOYS IN THE ATTIC, now may be the time to do so.

We have an few new faces joining the fray, including dishy head of MACK AND SONS, PADDY. We also have team LAWMAKERS which includes head of the powerful Owen family, CHICK as well as his son BUDDY who readers have already met in the WHAT’S THE RUSH mini series. (Yeah we know, what a prick, right?) We’ll also meet new candidate for mayor, MICKY DOYLE.

We are pleased to say fan favourite Olivia Platt, wife of club manager DENNIS, will be returning. After disappearing quite abruptly with her son her story wasn’t quite over. Olivia still has her part to play.

Okay, so you’ve already met MARCUS but Volume 2 will introduce the other two. REGGIE (right) some readers will remember from MUSE. He was a fan of DAVID FINN’S work.

We’re not counting them as new characters because they are identical. This will also mean the function of the AUCTION HOUSE will be revealed. Yes they auction art and antiques but c’mon this is the SHADY CITY, there’s more to it than that surely … 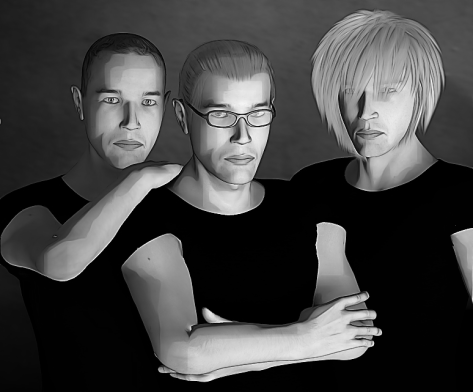 HOW CREATIVE TABITHA CAN BE

Pretty God Damned creative we can tell you. If you thought the BOSS LADY‘s antics in the opener of EPISODE 1: WELCOME TO THE CLUB were a big old WTF secure your socks. They are still looking for the mayor. We guess he’s somewhere errrm creative.

We mentioned the Law Makers before but we couldn’t leave without special mention to the JUDGE herself and that wound across her left eye.

Well, there you have it folks. That’s what we know of Volume 2 so far and we’re going to leave it there for now otherwise the producers will cause this computer to self destruct if any more is given away.

What do you think? What are you excited to see in Volume 2? What did you enjoy the most about volume 1? Comment and let us know.

Volume 1 is free to read on Vivika Widow Online or download for Kindle by clicking HERE. 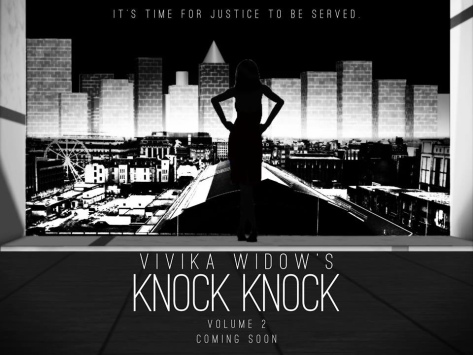